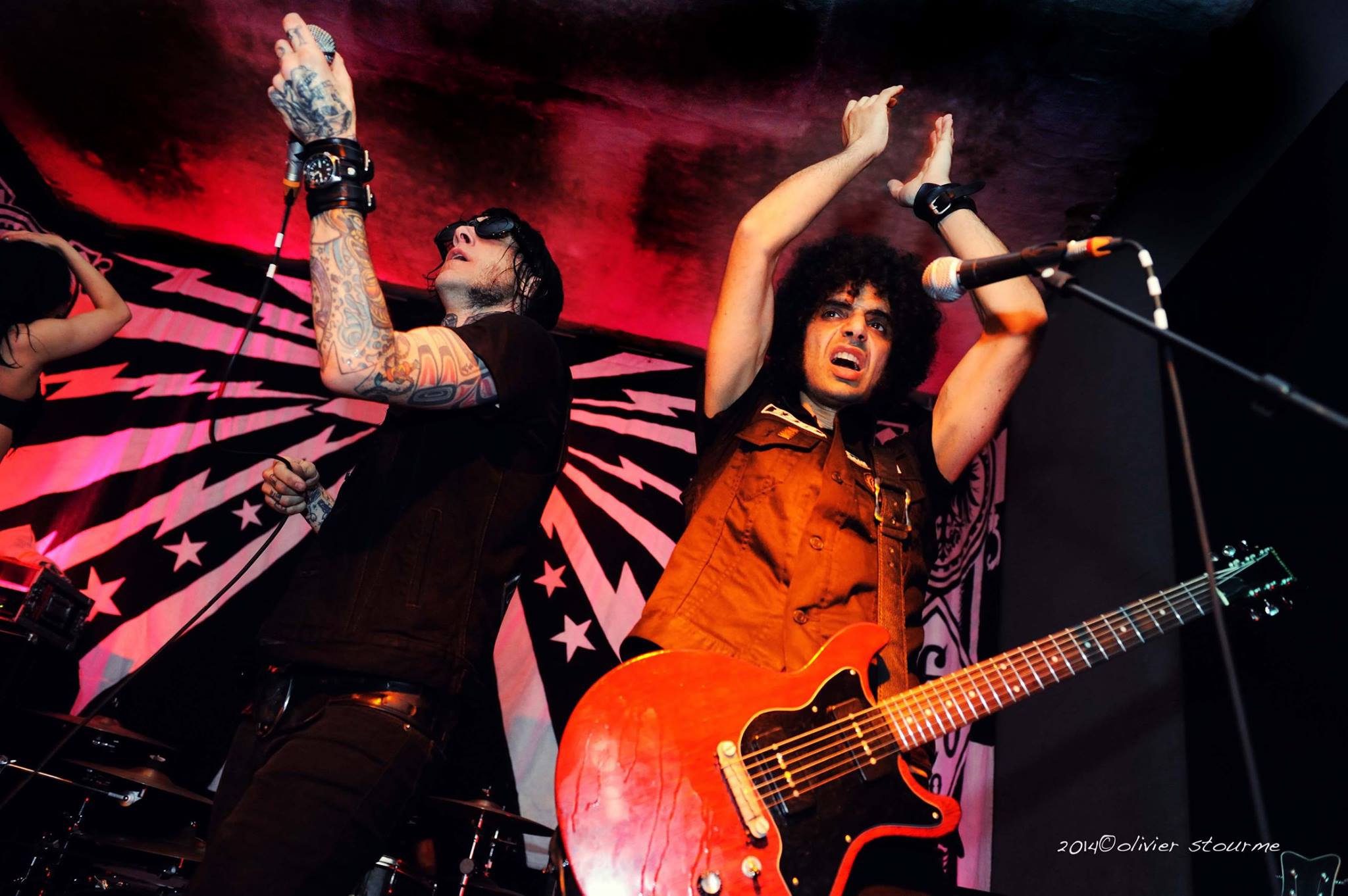 As the band prepares to take France, Belgium and Switzerland more reviews of the new album “Lords Take Altamont” are being published. And the critics love it! Check this one written by Dom Daley for worldwide-famous webzine ÜBER RÖCK. Featured image by Olivier Stourne.

“The Summer of Love is nothing but a distant memory and the Stones at Altamont is one of the events from the ’60s that stands tall for many reasons. It has been a massive influence on many bands since that period, none more so than The Lords Of Altamont who have managed to harness a lot of what was good back then and use it to write some great records: so why not visit that festival and release an album of songs written and performed but all given the Lords treatment?

Where better to start than with the nasty bitchin’ riff ‘n’ roll of ‘Live With Me’? What a tune and what a performance to start a record. The Lords are setting the bar pretty damn high here but if it’s your attention they want to grab then they’ve gone and done that. They’ve shown the ultimate respect to Keef and the band but they’ve taken ownership of this Stones classic and have birthed something majestic.

‘6 Days On The Road’ is a sleazy classic. Always was but it’s taken out the back and had bourbon poured over it, been jumped, beaten and bruised before being dusted down and reconstructed into the track of the album.

The Lords are on fire and the attitude in these performances is exceptional: just listen to how down and dirty ‘Stray Cat Blues’ sounds, from the dirty riff to the bombastic bass pound, right to the chaotic ending and the blues harp that is being rinsed for your listening pleasure – this is as good a record as you could have hoped for.

Jake “The Preacher” Cavaliere has gathered together fourteen Lords members including an all-star lineup with members of Prima Donna, The Chelsea Smiles and The Superbees. This truly is a must-have record and from the tracks selected it’s easy to see how this one event killed the Summer of Love the Stones were on fire around this period and the Lords have accepted that baton and are running with it.  There isn’t one single weak moment on offer here and whilst it’s a covers record they totally own each and every song and make it their own.

Here’s to another fifteen years of the Lords Of Altamont if this is what we’re going to get in the shape of record releases. ‘Gimme Shelter’ is one of my favourite Stones songs and I sat back relaxed at the take of such a huge tune because, whilst respect is shown (obviously), there is a garage punk rock feel to proceedings and I’m loving it: from that one finger piano punch to the solid back beat, this is better than I could ever have imagined.

As a bonus you get ‘Monkey Man’ with its menacing, brooding, violent undercurrent and those swirling keyboards are a welcome bonus.

Do yourself a favour and click the link to buy a copy of this record because if you’re not familiar with the songs then you’re in for a veritable treat as you will no doubt feast on such a collection, and if you are familiar then you’ll appreciate the love and respect that has gone into owning these songs and not trying to ape the originals, merely channelling their spirit and, boy, do they do that.

I love the Lords Of Altamont and you should to. They don’t just take Altamont they damn well own it. Had they been around and performed at the festival I fear people would still be rioting today such is the power of this performance. Simply stunning.”