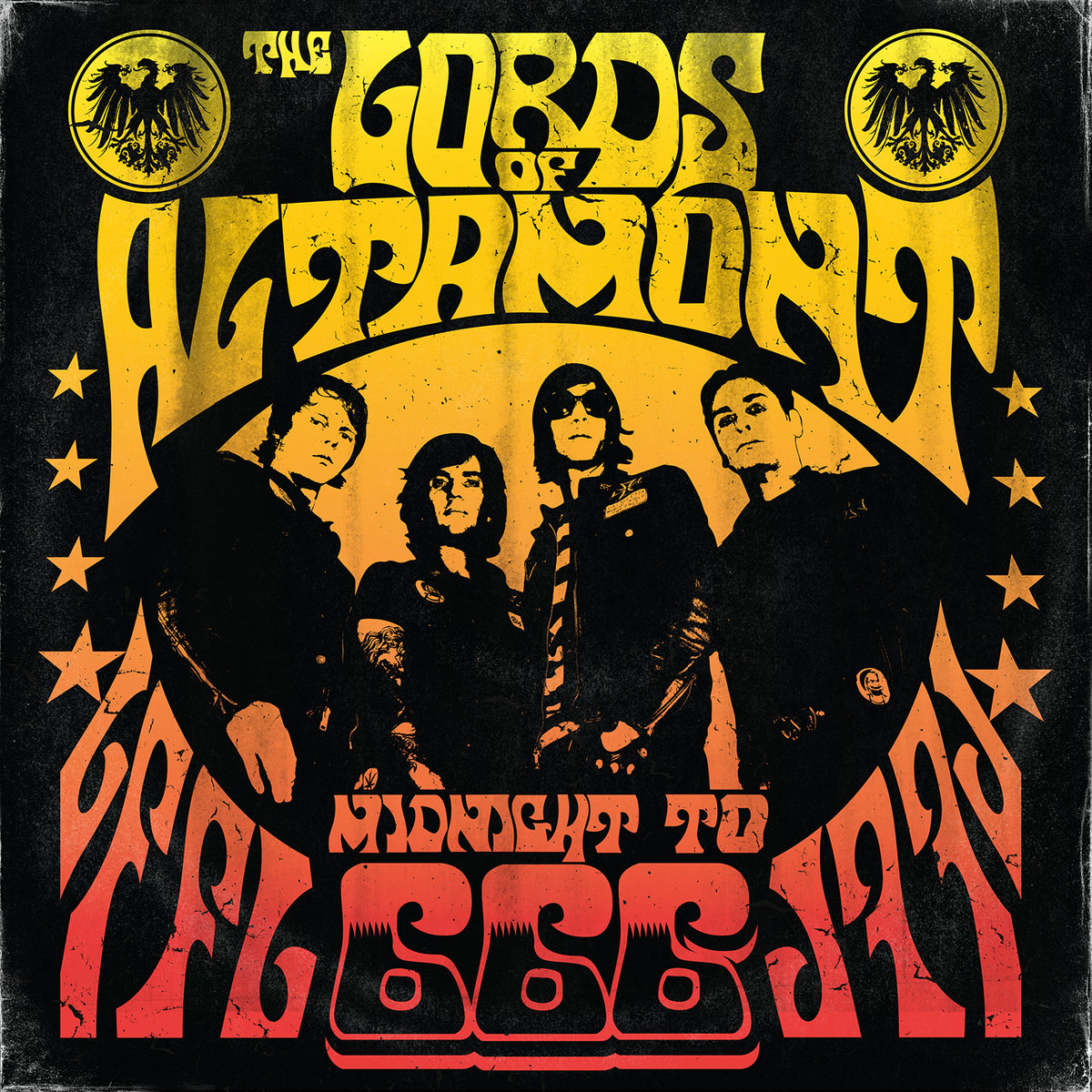 The Lords of Altamont in collaboration with Heavy Psych Sound Records are please to announce the reissue of this garage punk gem.

Originally recorded in 2010, the highly sought after ‘Midnight To 666’ sold out in record time. Quickly regarded as a garage punk classic, this album features thirteen dark seething tracks, full of ferocious vocals, grinding organ and a primitive rhythm section with the ever present fuzz guitar sound you’ve come to expect from the Lords of Altamont.

From the painfully relatable “F.F.T.S.”, through the stomping energy of “You’re Gonna Get There”,the crowd chanting anthem – and alternate version of – “Get In The Car” up until the moody closing track “Faded Black”, this is a soul bearing, primal two wheeled scream into the void.

Originally released on the French Fargo Records label, Midnight to 666, with Harry ‘ Full Tilt ‘ Drumdini from The Cramps on drums, now finds a new home on Heavy Psych Sounds Records. Featuring the original artwork the band intended before the blood red version went to print, as well as a bonus outtake of “Faded Black”, this re-release is a sure bet.